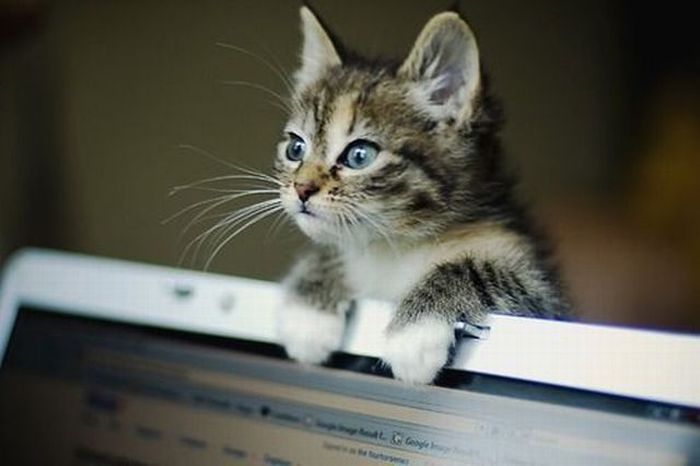 Head over to PISI@github for the sources of the development branch of PISI package manager. The current revision is 1.1_beta12. Here is the local subversion working copy repository the sources were forked from:

PISI was the Pardus Linux package manager, I wrote most of it while working at TUBITAK/UEKAE during 2005-2006 as a researcher, and it took me about half a year to write it, and another half year to revise it (80-90% of commit numbers/size), save for build commands, and the actionsapi library, and I personally made the original 1.0 release at Pardus, fixing 300+ bugs and wishlist issues. Then, my clueless co-workers brought in a non-verbal robotic person to the team who did not contribute anything new to the code except for a bugfix somewhere, but only stripped down some of the new features, mistaking this destructive act for “maintenance” (he is only a contributor, not an author). The latter releases do not have anything new added to the code, they’ve only stripped down some features and commands like the search API. They’ve also tried to remove my name from the AUTHORS list and from individual sources, in an attempt to hide my contributions, pretending that PISI was written collaboratively. It was not. I wrote most of it, I was the only seasoned programmer who worked on PISI, amazingly, it turns out that it does take some skill to design an efficient system tool; I was also one of the few ones who were not overtly lazy and did not spend the entire day writing blogs about irrelevant stuff and drinking tea and tobacco like a state officer. The Turkish Linux Users Group award for PISI was also given to me personally, not the team. I left the award trophy at the office as a gesture of kindness to promote team unity. It is code that matters, not trophies. Since I am not pleased with the later Pardus release branch that I find to be desecrating my poetic code, I am reviving the original development branch. I’ve uploaded the last development branch I found on my local SVN copies, out of 1.1_beta12. The next release will be 1.1. I declare the 1.0 release and branch to be obsolete. May its bits rot in peace.

There are two very interesting generic python novelties I developed for PISI. The use of metaclasses was essential to both. The first one is something I call autoxml, and it uses python metaclasses to work with XML based configuration using Berkeley DB, but the DB  is completely abstracted. It’s basically a neat nosql python XML/DB framework. The other interesting thing is the command framework using metaclasses, which also worked beautifully. The algorithms are also pretty compact. I designed and implemented some graph algorithms to deal with dependency resolution, and so forth. These algorithms make a pretty useful library, you can write a lot of effective package tools around the PISI framework, as we proved in the server scripts of Pardus.

PISI also has some features not found in any other package manager that I know of, such as the ability to work with hierarchical components and metadata information in a clean, non-kludgey way, and the smooth merging of binary and source package approaches of debian and gentoo. PISI is sort of like gentoo package tools ported to debian and debian package tools ported to gentoo, and rewritten in python in a better way. Admittedly, there are some missing features, the handling of virtual packages leaves something to be desired, I really should rewrite that part, it’s the same old problem with debian package resolution, but unlike debian, both dpkg and apt-get layers are implemented in a single library, no silly perl scripts and the like. Even making everything pure python scripts was a huge contribution. Caglar’s actionsapi was also quite nice, Caglar was very hard working, he developed most of the packages himself. Baris contributed some nice bugfixes and developed most of the build path, which does something a lot like gentoo. Getting both the binary and source packages work seamlessly was an important feature of PISI, and again, not really found in any other package manager the way it is in Pardus. Although more than 10 years old, I suspect, PISI remains the most compact, featureful and efficient package manager of all.

The design of PISI was based on a document about an XML format designed by Pardus developers before I joined the team. I saw that it is basically the same thing as dpkg, so I added a whole lot of features that I had designed as an addition to dpkg/apt-get, such as the ability to deal with source packages in the right way, the unique versioning/revisioning schema of PISI, package/component/is-a models, dependency system, and proposed to write the project in python. The most critical design and features belong to me, such as the details of the XML format, autoxml, the databases, the graph and dependency algorithms, the commands, the CLI, search API, the first GUI, documents, translations, and so forth. I am still amazed at how short the code is for what it does, thank you Guido for python! All those cool python features like list comprehensions and metaclasses did something for me, after all.

The development branch’s goal is to remove the Pardus dependencies. My vision for PISI was beyond Pardus, I had designed it as a replacement for dpkg. It can easily replace dpkg/apt-get in a debian based system, or gentoo package manager in a gentoo based system, with some due effort, of course. The later releases will likely drop all support for Pardus in recognition of their failure to make a cogent OS distribution. Because of their sheer incompetence, TUBITAK later dropped the PISI based Pardus distribution unwittingly and replaced it with a debian based distribution, when what they really needed was a competent development team that could improve the, IMHO quite satisfactory, system tools. However, the heart of Pardus is still the PISI package manager, and naturally the other system tools such as Gurer’s COMAR and Baris’s YALI. Those three tools + PISI packages make a Pardus distro. I will not bother trying to rewrite COMAR and YALI, but I have other ideas that will make PISI a portable package manager, which is most of the reason I decided to write it in python. Since Pardus no more exists, there is no more a reason to support COMAR, it seems. COMAR would be a replacement for debconf, but its author didn’t appreciate this goal, which means we would need a better COMAR release or a COMAR rewrite for a new Pardus distro in the future. We can probably make a hybrid PISI/debconf system on a debian derivative, too. The problem with debconf is the perl dependency, which is among the worst PL’s ever designed, unlike python, which rocks. 😉

Let me know what you want to call the package manger in English, I’m considering various alternatives. Kitty, and pussy are among the names I’m considering. PISI means Packages Intended Successfully as Intended, but I made that up as an acronym for PISI which is an affectionate word for a cat in Turkish (like pussy), which was a name decided before I even designed the code, comar likewise is a slang for dog in Turkish. I love my PISI, of course. <3