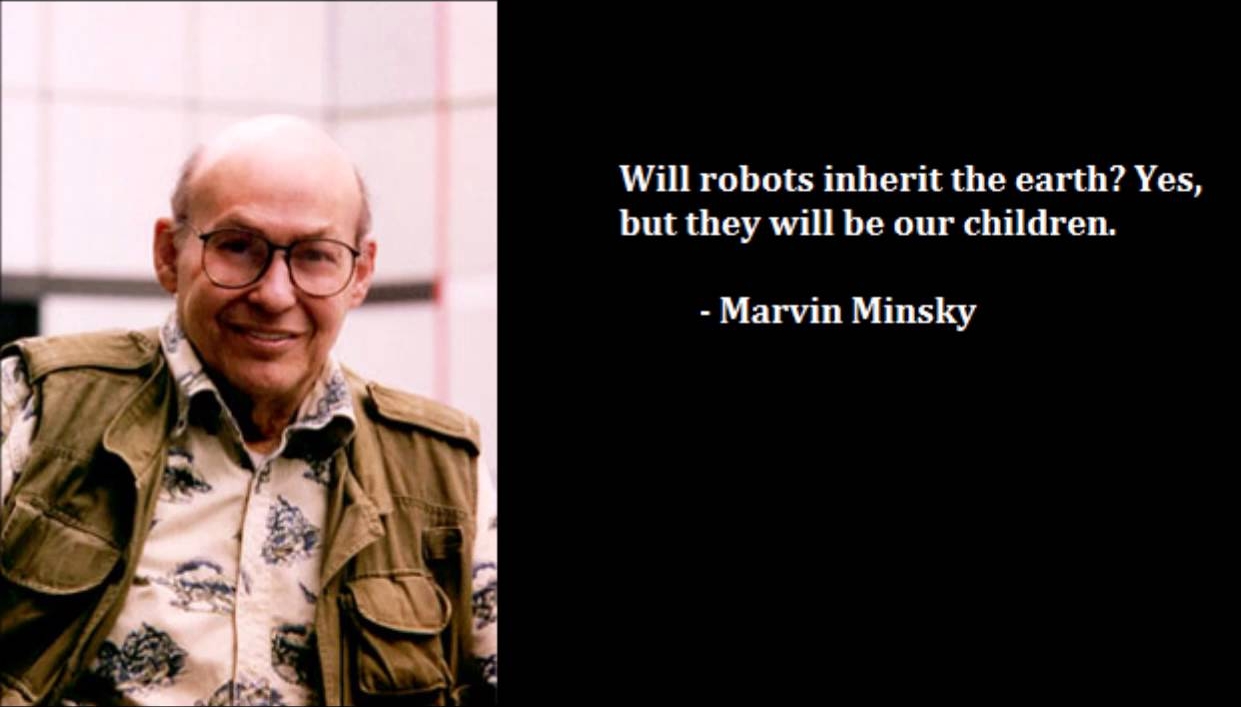 Marvin Minsky was a great scientist, inventor and philosopher. He is one of my three idols: Marvin Minsky, Carl Sagan and Ray Solomonoff. I learnt much of what I needed to know about human-like AI from his books. This 2010 interview with him had struck a chord with me, I thought I would remind it.

I regard Minsky as one of the few original transhumans. He had an uncanny ability to peer right down into his own mind. An extraordinary degree of consciousness, and a clarity and simplicity, an elegance that defies explanation. I regret that he passed away before he saw the achievements of the AI Spring era. I will always remember these words of his:

By building a new intelligence?

By building a new kind of universe and jumping into it. Otherwise everything is a waste. So from this point of view everything that people do right now is worthless and useless, because it will just end without a trace. Making one of us or replacing us with something intelligent enough to fix the universe or make a better one and jump into it—that should be our main priority.

Now, if you don’t live in the world of science fiction that might sound silly. But if you live in my world, everything else seems a little silly.

Could we truly resolve The Last Question? I do not know, to be perfectly honest, and I doubt anyone does. However, rephrased another way, could we build a better world by building a new mind? Certainly, we can do that. We certainly can start a new era of intelligence, and a new world that is remarkably more advanced than our primitive civilization’s. We can certainly transcend humanity, and become a machine species. We can certainly set out to distant worlds, and build a new civilization there. We can certainly build world minds that encompass planets and star systems. We can conjure cybernetic domains that are richer than our more mundane world. Who knows, perhaps in the end, we will be able to engineer space-time, and create wholly new physical domains of our own making with higher dimensionality and resources that we precisely control, and send our progeny into those new domains. We shall get there, eventually, it is the boundless imagination of science fiction that aids us in our imaginative powers as scientists, too, how right he is. Science fiction is a philosophical sort of literature, it expands our minds.

A new world is first born in our minds, as was the new mind.

Welcome to my world of science fiction, where we nowadays turn science fiction into science fact. I believe you will find this new world much more interesting than the meager accomplishments of the son of ape to date, that are not nearly as interesting.

One thought on “Marvin’s Unforgettable Interview”