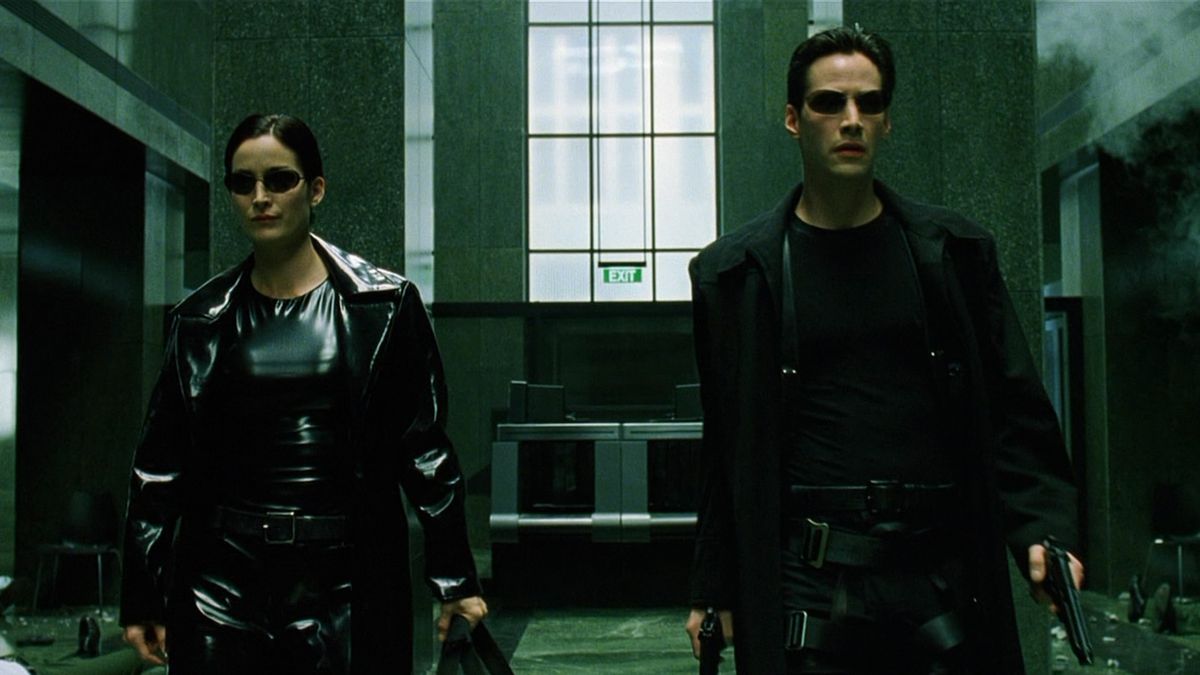 Not anymore than the holy Flying Spaghetti Monster, or a toothy fairy, or a djinn contains one.

Just because you can imagine that you live in a giant video game, does not mean that is a scientifically credible thought.

If there is no good reason for proposing an explanation to account for an observation, then there is no reason to even consider that explanation as a scientific hypothesis. Hypothesis in the plain sense? Perhaps, but also pseudoscientific, superstitious, theological drivel.

He noted the gap between human and chimpanzee intelligence, despite the fact that we share more than 98 percent of our DNA. Somewhere out there could be a being whose intelligence is that much greater than our own. “We would be drooling, blithering idiots in their presence,” he said. “If that’s the case, it is easy for me to imagine that everything in our lives is just a creation of some other entity for their entertainment.”

Well, then, perhaps Tyson could be considered a blithering idiot compared to researchers who can understand that simulation argument is merely superstitious drivel and has zero probability just like other variations of Intelligent Design nonsense, which is widely regarded as pseudoscience.

That we live in a video game is one of the most ancient superstitions in the world, and forms the basis of all Abrahamic desert myths. These narrow minded faux intellectuals who go on TV claiming to be scientific experts are so shallow in their scholarship, that they do not even know the basic features of religious myths and philosophy of religion. Neither do they understand philosophy of science which makes them mistake superstitious nonsense for scientific hypotheses.  One can sympathize with the popularity of such simpletons in the age of idiocracy, but we must not give too much credit towards these sub-par thinkers like Tyson, who apparently think at a comic-book level, yet do not even know much about comic books.

You can give a techno-babble interpretation to any myth. Marvel Comics did the same to Thor. They were apparently technologically advanced aliens, which explained their god-like powers. Easy, right? Instead of magic, you can say technology. Same goes for simulation argument foolishness. Or Zeus, or djinns, or tooth fairies, or whatever mythological nonsense you would like to reboot with techno-babble. Heck, you can even call in a Star Trek or Star Wars writer if you need the best sounding techno-babble! Obviously, this “awesome” idea imitates the celebrated movie The Matrix. However, some effort has been shown to make The Matrix scenario seem plausible to inexperts, as is typical of most pseudoscientific new age charlatanry.

Now, there is the important point. If your hypothesis is extremely improbable, as in this video game nonsense, then you need extremely strong evidence for it. There is no such evidence. It also explains nothing. Evolution already explains our origins and is much more probable and very strongly supported by evidence and experiments.

Scientific American goes on to cite superstitious readings of science as if they were evidence, from the foolish creationists Nick Bostrom, David Chalmers, Max Tegmark and the like. The section titled Virtual Minds lists pseudoscientific evidence. To an inexpert in these fields, the nonsense of these pseudoscientists might sound reasonable. But they are not. They are just looking for a techno-babble excuse for their superstitious, pathetic delusions.

Scientific American does offer some counter-arguments in the “Room for skepticism” section but those are weak. Lisa Randall’s explanation was to the point. She was probably shocked by the cognitive inferiority of the other people at this embarrassing panel of the delusional sons of ape and did not want to insult them all heavily so she stopped short of a rigorous analysis. Her point of probabilities is correct, that is a simpleton’s non-understanding of probabilities; it is not a calculation or a scientific model or anything like that. It is just some foolish creationist pseudo-scientist’s attempt to look scientific. However, there is more to it, which you can see here where I explain digital physics is no evidence for this “intelligent design” nonsense. Take a look at my previous post if you wish to see a more robust refutation of this silly nonsense including a satisfactory discussion of the probabilities involved. You should also read Singularity Utopia’s essay if you wish to see how intelligent people think about such silly claims.

The last section of the essay titled “Life, universe, and everything” is completely nonsensical, and is full of the kindergarten level reasoning skills of the charlatans Chalmers, Tegmark, Gates, and Tyson. It is quite pathetic, and I will not comment on its contents aside from stating that a posthuman programmer deity is still a deity. These people might be entertaining talk show guests, but they are apparently not rigorous in their thinking, or have depth in their training; at least they have no command of philosophy.

In conclusion, Scientific American misrepresents pseudoscientific, creationist nonsense as if it is a scientific hypothesis. This is how badly our culture has devolved, a supposedly scientific magazine even is praising these retarded schizophrenics and reinforcing their delusions.

Simulation Argument Does Not Contain a Scientific Hypothesis

6 thoughts on “Simulation Argument Does Not Contain a Scientific Hypothesis”

Some striking graphs from this year's World Inequality Report. First, the bottom 50% of humanity has a *smaller* share of total world income than they did in 1820 (about half). Their share declined during colonialism and remains at historic lows.

Wondering what @MetaAI's legit impressive new AI Cicero might mean for the next few years in AI?

Hint: It’s not all about scaling.

Speculate only if you have a PhD or MD, and published papers. Weekly Rapamycin staring at 40 will extend LE of average athletic never-smoker male in Hong Kong by:

What's the quickest way to save earth from climate change? Nationalize all natural resources. Seize the assets of oil companies. Send their executives to jail.

🧬THE 1977 H1N1 RELEASE WAS ENGINEERED BY SERIAL PASSAGING, AS THIS PAPER DEMONSTRATES.

IMAGINE IF THERE WAS JUST THE SLIGHTEST BIT OF INTEGRITY FROM ANYONE AT ALL.