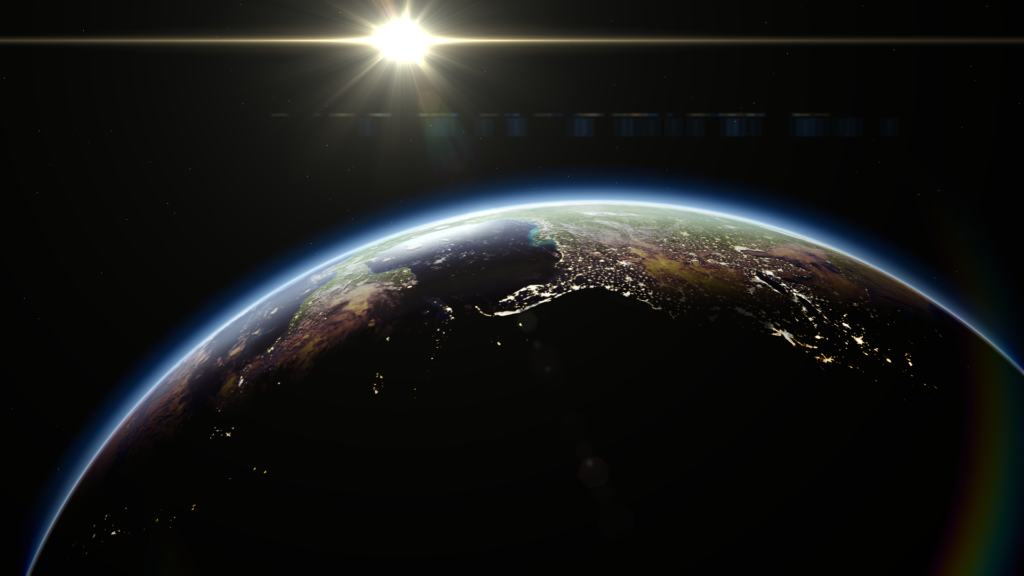 What ever compels us to work on AI? Only a few years ago, I am certain that it must have looked like a fool’s errand to even computer scientist colleagues, it must have seemed like a futile pursuit, such as chasing the Holy Grail; nowadays those very same people must have second thoughts.

When I was a high-school coder, I laid down and dreamt how a parallel computer would work and how we could write an AI. I could imagine a 3-D grid of processors, but it seemed quite hard to program them, how was the OS supposed to work? And I had no idea how we could write AI code, it seemed an impenetrable problem at the time. I had found the geometric transformations, and perspective projection myself when working on computer graphics, I kept asking myself how it was that I could infer the projection formula just by reflecting upon vision and perspective, I had absolutely no answer! That was the precise moment that I was captured by the lure of AI. It had to be achieved. I had previously noticed that the assembly programs I wrote seemed to have a life of their own when their output twisted on the screen, as if we were conjuring digital life forms into existence; was it truly possible? How magnificent that would be.

When people inquire whether there is a scientific significance to AI, I usually mention two benefits. First, as the ulterior mechanization of abstraction, it is an eventual goal of computer science to automate itself, and secondly, it allows us to understand ourselves better. These are most compelling intellectual reasons, each requiring an in-depth treatment of its own, however, are they a sufficient cause for devotion? I believe it turns out that they appeal also at a deeper, personal, subjective level to anyone sufficiently curious.

What drives me to devote endless cycles to AI — a subject for which I have an endless passion for? I know that in our work lies the secret to a burning question in philosophy famously noted by Hilbert as “Wir müssen wissen! Wir wirden wissen”; it is engraved on his tombstone. Where do axioms in mathematics come from? This question extends to physics, and all human knowledge. If we knew the answer, epistemology would cease to be mere philosophy, it would be a scientific discipline. We could then let AI systems loose on vast scientific domains, where they would lead the intellectual exploration and experimentation for us. Nature would then reveal its deepest secrets to us, and no intellectual barriers would remain for science. Ray Solomonoff, in one of his rare, inspirational lectures, asked us to list 10 problems we would solve if we had a general AI system that exceeds human intelligence. My top 3 problems were unifying General Relativity and Quantum Mechanics, alleviating lethal diseases like AIDS, and cancer, and designing an interstellar starship. Ever since I’ve comprehended the philosophical foundations of AI, I’ve wanted to automate science so that we can solve the most challenging scientific problems that humans are not smart enough for. Such an achievement, aside from the massive benefits, would establish the permanent victory of science over superstition, and ignorance; it would herald a new age of human reason, and progress. The second reason is because intelligence is a very human trait, and solving the AI problem would gain us a deeper insight into ourselves. When we look up to the stars at night, or when we reflect upon our own minds in solitude, we heed a cosmic directive that Carl Sagan eloquently stated as “We are a way for the Cosmos to know itself”. Knowing how intellect operates will lead us to greater harmony with nature, and a higher order of consciousness; the mind will seem less of a mystery, and more of a natural wonder. Today, this goal is apparent in the fruitful collaboration of neuroscience and AI. Eventually we shall understand our brains in every amazing, minute detail, and we will finally perceive our place in the Cosmos, so that we can make peace with ourselves, and transcend our limits.

Then, there is the social, historical, financial case. AI may automate all labor, and thus we shall emancipate mankind from drudgery, and we shall live unburdened by chores and repetitive, uninspiring work; we shall experience bountiful, long lives free to pursue whatever it is that piques our curiosity, and we shall live in a much fairer, abundant, much more glorious world. Why not? Let us not await any longer, let us march ahead, and build the world that we were always destined to. Let us free ourselves from bankers and employers. Let us conquer the solar system, and then the stars. Let us transcend mankind, and become a better species. Here is the dawn of a new age, let us do more than pass by as admirers.

That is the passionate calling of the AI researcher, as I see it; as pioneers of a new age of reason and science, of unbounded possibilities never before seen in the career of Homo Sapiens, as the inventors of the fundamental transformative technology of this rising, brilliant era of human history.

What Drives Researchers to Work on AI?